Ken Research announced its latest publication on The Brazil Fitness Industry will continue to grow over the next few years with the increasing instances of obesity, rising significance of appearances in daily life, and improving economic conditions in the country. However, the unstable economic and political conditions of the country are anticipated to restrict the growth rate for the industry. Revenues from the Brazil fitness industry are expected to expand to over USD 5 billion in 2019, growing at a CAGR of ~% from 2015 to 2019.

The industry is expected to witness greater demand from cities such as Sao Paulo and Rio de Janeiro, where the maximum numbers of fitness centers are established and a majority of the urban and middle class population resides. The rising health issues accompanied with rising awareness about fitness, the sedentary lifestyles, new forms of fitness activities and lower subscription rates by the fitness centers would drive the industry forward.
In terms of individual markets, the Brazil fitness services market has been the major contributor to the revenues of the Brazil fitness industry. The fitness equipment market has complemented the existence of the services market. A rise in the fitness centers would lead to a rise in the demand for fitness equipments hence increasing the size of the industry. The launch of innovative forms of maintaining physical fitness in the fitness services has also attracted a lot of subscribers. However, a large part of the Brazil fitness services market is unorganized. The organized chains comprise of a very small part of the market.
The fitness equipment market in Brazil receives a boost with a rise in the number of fitness center subscriptions and the number of centers as well. Additionally, people have started keeping equipments for workout at home as well. Equipments such as treadmills and dumbbells are extensively used at homes. The fitness equipment market is dominated by the domestic brands of Brazil.
With the economic conditions improving, the industry is expected to witness stable growth rates further. The overall industry which comprises of fitness services and equipment market is expected to reach a CAGR of ~% from 2015 to 2019. However, it is predicted that the industry would experience a decline in the CAGR from the previous years. This is due to the lack of obese people willing to join fitness centers in Brazil and the slow economic recovery of Brazil. The increase in the concentration of obese people further would present itself as an opportunity to be tapped by the fitness industry.
“Brazil is the world’s second largest fitness industry in terms of number of fitness centers. With the increasing number of international sports events being conducted in Brazil and the rise in the instances of obesity and related health issues such as diabetes and hypertension, the fitness industry would play a major role in the country. Use of poor quality second hand equipment, upcoming trend of video on demand services for exercising and the poor investment climate serve as the major drawbacks for the industry.”, according to the Research Analyst, Ken Research.
According  to Ken Research  The report titled “Brazil Fitness Services and Fitness Industry Outlook to 2019” provides detailed overview on the Brazil Fitness Industry and helps readers to identify the ongoing trends in the industry and anticipated growth in the future depending upon changing industry dynamics in coming years. The report will help industry consultants, fitness equipment manufacturers, fitness service suppliers as well as other stakeholders to align their market centric strategies according to ongoing and expected trends in the future.
By Jim Thomas|2015-12-23T06:08:47-06:00December 23rd, 2015|distance education, distance learning, gym rescue, gym sales help, gym turnaround, Jim Thomas Online, new gym start up, Online Gym Sales|Comments Off on Rising Significance of Fitness and Reducing Subscription rates to Foster Growth of Brazil Fitness Industry: Ken Research

A Recommendation of Jim Thomas, President of Fitness Management and Consulting

by Norm Cates, Club Insider Publisher and Tribal Leader Since 1993

Jim Thomas is a talented, experienced, dedicated, determined, and very professional expert in the health, racquet and sportsclub industry. A club industry veteran of over 30 years, Jim has been a Club Insider Contributing Author since March of 2006, when he joined our Club Insider Contributing Author Team. During that time Jim has written and contributed 50 articles which have been published during our 284 months of Club Insider publishing. Jim Thomas is a truly great asset to our publication, and to our wonderful industry, and he can be trusted to deliver great results, over and over, no matter what the challenge. 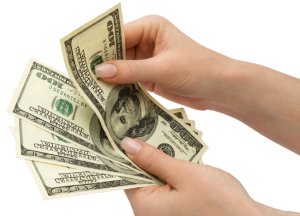 Earn $10 / month for each paid subscriber

Get Our Free Whitepaper

Sign Up Today
First 30 Days FREE
then only $39 per month. 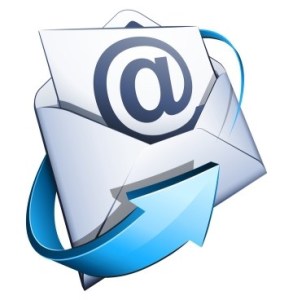 Jim Thomas is a valued source of expertise in the fitness industry. He has given many lectures and seminars throughout the country has helped many of our businesses improve on their business models for success. On of his seminars, Change Cost Centers To Profit Centers, has been utilized by some of the biggest names in

Sign up to get interesting news and updates delivered to your inbox.